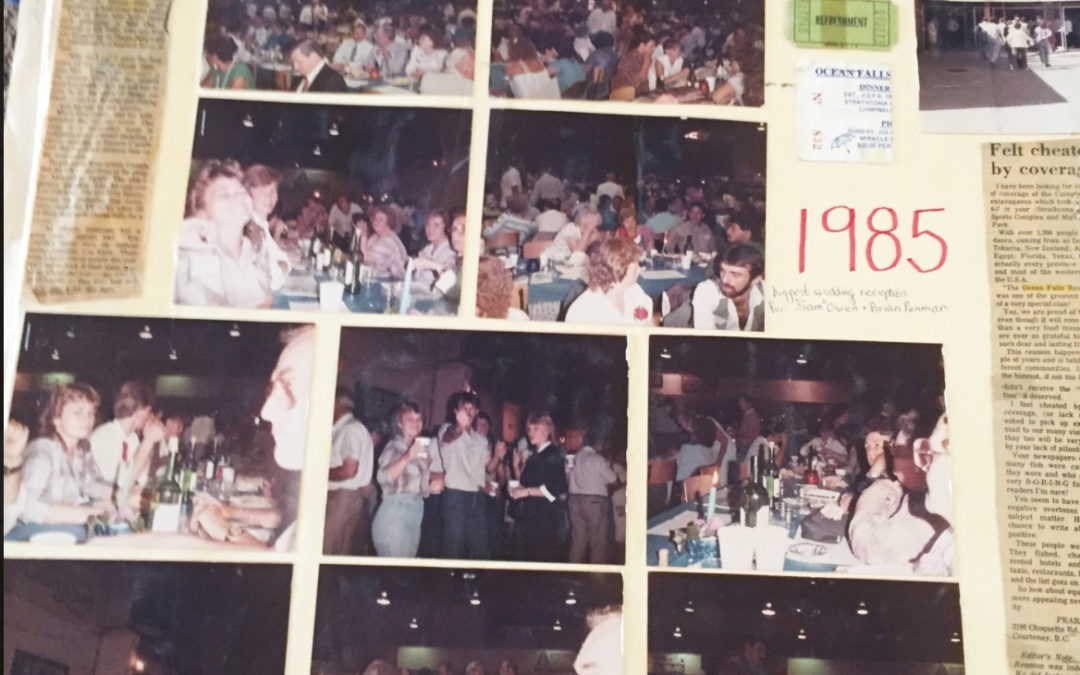 Ocean Falls has regular Reunions that bring together residents. Locations for Reunions have included Campbell River, Nanaimo, Vancouver, Victoria, and Duncan. The Japanese families who were interred from 1941-1949 mostly resettled in Toronto. They had reunions there and also back in Ocean Falls in 1980 and during a cruise in 1997 of old townsites for Japanese Canadians who experienced internment.