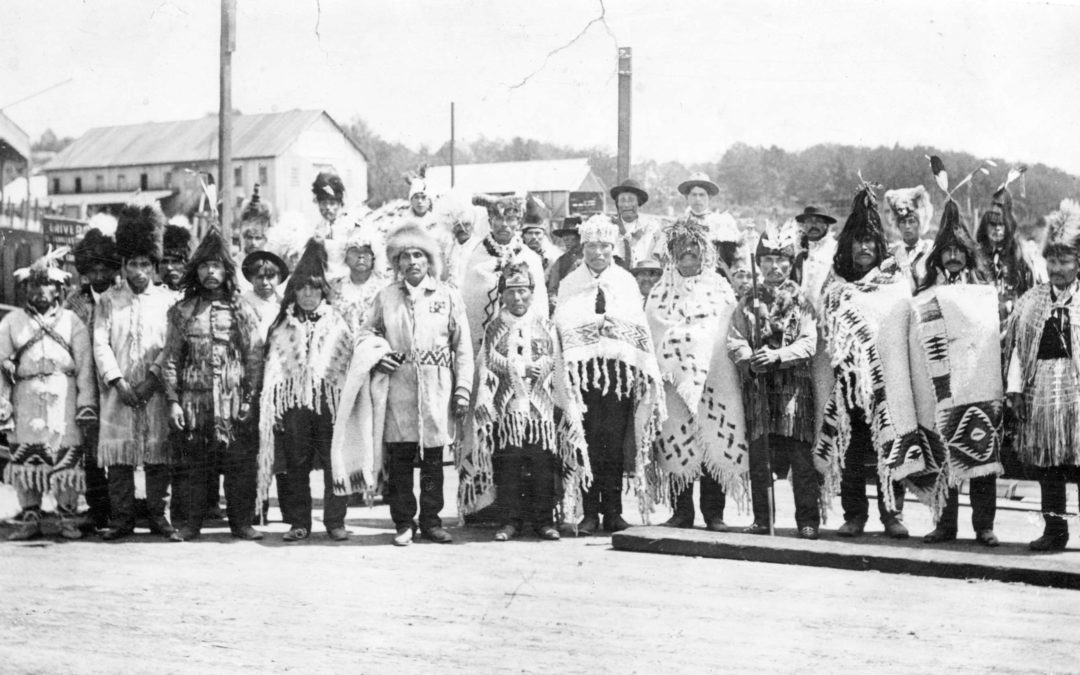 Joe Capilano (Squamish), Basil David (Secwepemc), and Charley Isipaymalt (Cowichan) go to London. They are also accompanied by Simon Pierre (Katzie) to translate. A detailed account of their time in London is available in Chapter 1 of Indigenous London: Native Travelers at the Heart of Empire: “S7aplek remains an important one in the Squamish Nation, with the man who carries it today holding the right to sing a song created specifically for and about the 1906 delegation.” The delegation “remained tight-lipped about the plan, even until their departure from Vancouver’s Canadian Pacific Railroad station, which involved dozens of Indigenous leaders and thousands of onlookers: https://searcharchives.vancouver.ca/first-nations-in-traditional-garb-on-north-vancouver-ferry-dock Capilano’s blanket resides at the Squamish Lil’wat Cultural Centre: https://www.youtube.com/watch?v=WLnBZgdbSyc In London, the delegation met E. Pauline Johnson. Capilano and Johnson would develop a friendship and together publish Legends of Vancouver.